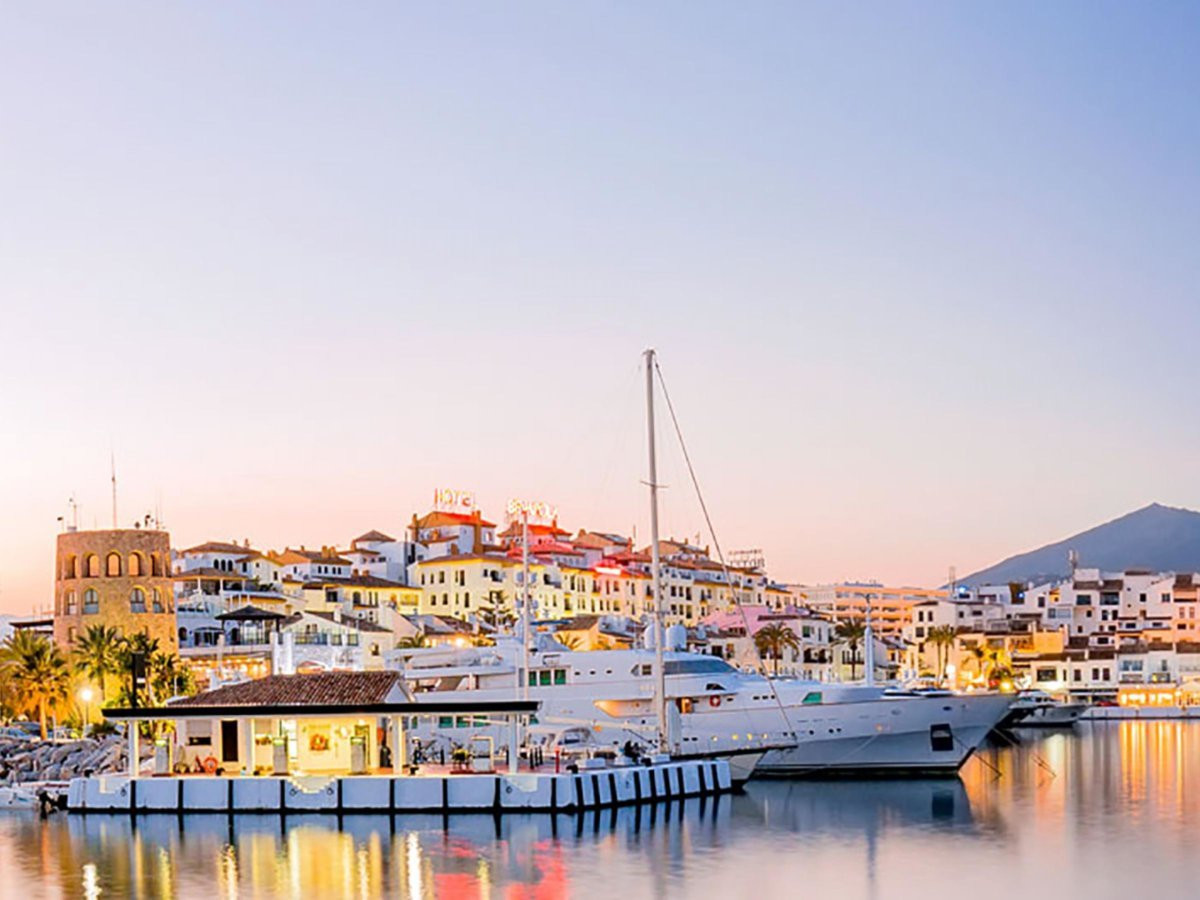 Marbella with its year round tropical climate is a place that’s associated with great wealth and affluence, and a city with a long history of culture too.

But for most people, the image of Marbella is one of glitz and glamour, with fast cars, celebrities and playboy millionaires lining the streets.

It’s perhaps little surprise then that the harbour in Marbella is often so crammed with luxury yachts, with even more anchored a little further out, too big to fit into the harbour.

We examine the history of Marbella and its association with yachts.

Marbella is a city many centuries old, with some historians believing there was a settlement there as long ago as the 6th or 7th century AD.

The Romans had control of the city for a period, naming it Salduba – the Salt City – and there’s evidence of their architecture still in place, with a villa, the baths and a bridge.

Later on, the name of the city was changed to Marbal-la by the Arabs who took charge of the region during Islamic rule. It wasn’t until much later that the Spanish claimed back their territory and began to create the development which stands today.

Marbella was traditionally a fishing and agricultural area, with wealth split very unevenly: the city was divided between those who were very wealthy and those who were working class, with almost no residents in the middle.

It wasn’t until the middle of the 20th century that things started to really change, with the industrial feel of the town, and its iron ore processing plant, gradually making way and being supplanted by the tourism trade.

The change to a swish city with more than 135,000 inhabitants has been rapid; following WWII there were just 900 people living in Marbella and no sign of a change on the horizon.

However, the influx of cash from Prince Alfonso of Hohenlohe-Langenburg and his uncle, the Marquis of Ivanrey, Ricardo Soriano altered history forever.

Snapping up two large estates in the region, the now infamous Marbella Club Hotel opened its doors in 1954, a place that was to become the favoured haunt of the rich and famous.

This was just the beginning of Marbella’s transformation into a town full of millionaires.

In 1970, things hotted up even more with the creation of the Puerto Banus area down by the harbour, an area which was to become one of the most affluent and high-end parts of the city in years to come. It was the development of Puerto Banus which was later to prove to be the catalyst in irretrievably transforming Marbella into a highly sought after city. At the opening of Puerto Banus, a whole host of A-list celebrities appeared, including Playboy guru Hugh Heffner, Prince Rainier and Princess Grace of Monaco and top director Roman Polanski.

The jet-set reputation was finally sealed when during the 70s and 80s; Prince Fahd built his palace – which famously resembled the White House – in Marbella.

The playground for the wealthy

The gradual transformation from land of industry into a place of affluence was now complete and even more five star apartments and luxury complexes have continued to be built to cater for the demand of those that want to live there.

On the marina front, there’s an array of fast cars parked up including Ferraris, Lamborghinis, Bugatti, Aston Martin and Rolls Royce. The streets are lined with exclusive boutiques and designer names including Louise Vuitton and Dolce & Gabana whilst at night-time, the clubs have extensive VIP lists.

For those that have everything they could possibly want, a yacht is a high priority, a status symbol which is highly visible and practical too.

The harbour itself is crammed full of yachts worth millions of pounds which bob gently on the waves, waiting for the next magnum of champagne to be cracked open. And that’s the more modest vessels; those that are truly impressive – such as Russian oligarch Roman Abramovitch – won’t even fit into the harbour, forced instead to drop anchor a little further out.

For those who can’t quite afford a brand new yacht but still want a sea-faring presence, there’s an annual boat show held in Marbella which offers both new and used yachts for sale.

Why the connection with yachts?

Despite the evolution from a sleepy town into a vibrant and cosmopolitan city, the attachment to yachts is no accident in Marbella.

When Puerto Banus was unveiled forty years ago, it was created solely as an exclusive yachting harbour, encouraging the uber-famous with their luxury boats to come and play. The presence of true A-listers combined with facilities which could accommodate the yachts simply attracted more and more.

This marina quickly gained a reputation as being the place to be seen, and along with celebrities and film stars, royalty and wealthy sheikhs started to frequent Marbella.

The reputation of Marbella as the place for yachts to be seen has continued to snowball and despite Puerto Banus having opened four decades ago, and no longer being the brand new facility it once was, it remains the coolest hang-out for the yachting fraternity.

And if you want to be part of the gang but can’t afford your own boat, you can make believe by chartering a yacht for the afternoon and living it up, at least temporarily.

What’s so unusual about Marbella is that despite the fact it’s overflowing with celebrities, no-one pays them a second thought.

The rich and famous rub shoulders with those simply visiting for a short stay; all are welcome in Marbella.

If you’re looking for something to do in Marbella, talking a stroll by the harbour to gaze at the opulent yachts is always an indulgent way to spend some time. Yet despite this, the billionaires and celebrities themselves are left free to relax and unwind, without being constantly hassled or snapped. 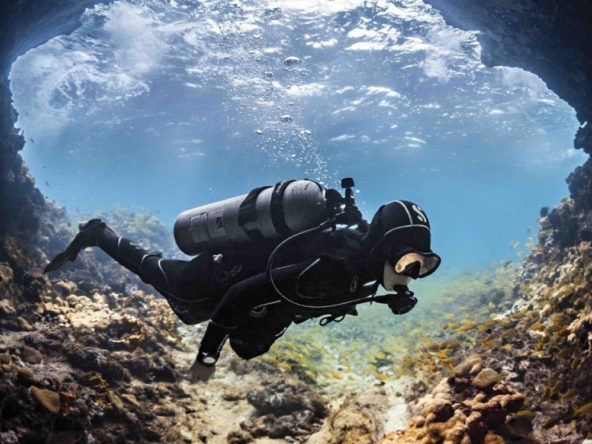 Scuba Diving in Marbella With its beautiful warm weather and crystal clear ocean, Marbella is the...
Continue reading
by edge 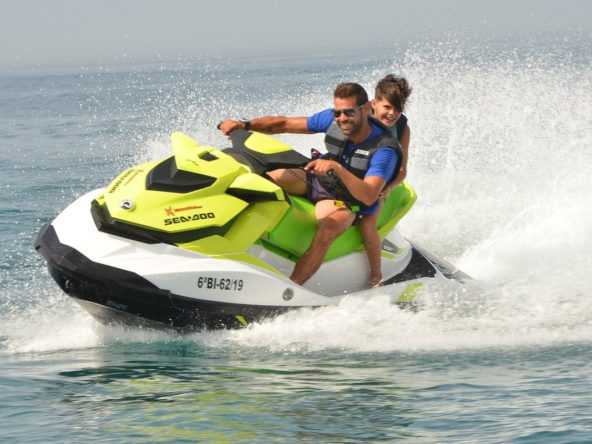 Watersports in Marbella The beautiful warm climate means it's possible to enjoy a much greater...
Continue reading
by edge 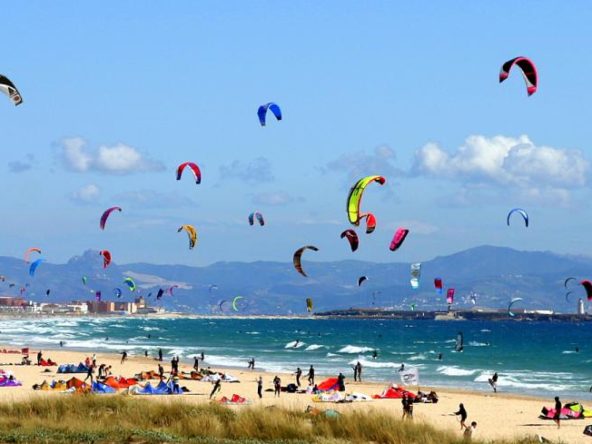 Kiting and windsurfing in Tarifa, Spain

Tarifa is a stunning coastal town that can be found in the southern part of Spain. This is one of...
Continue reading
by edge