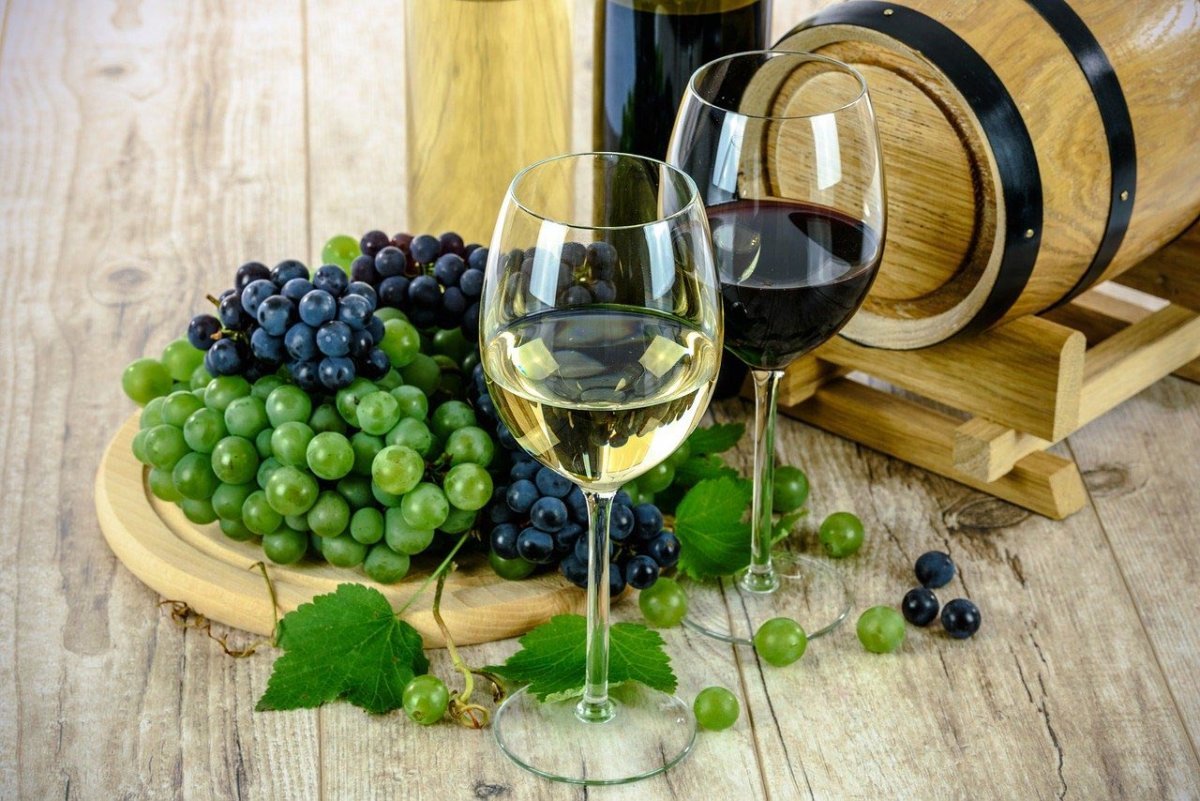 Spanish wine accounts for just over 13% of total wine production in the world, sitting proudly in third place behind Italy and France. Spain is no longer known for generic cheap wines, but for famous Rioja or Cabernet Sauvignon worthy of even the most discerning palette. To fully appreciate Spain’s famous wines it is important to take a closer look at quality Spanish wine production, classification categories, as well as the all-important growing regions and wineries that produce some of the world’s most famous wines.

Spain boasts the largest vine area not just in Europe, but in the world with 954,659 hectares dedicated to white grapes for wine production, as stated by the Spanish Ministry of Agriculture, Food and Environment.

According to the USDA Foreign Agricultural Service report on Spanish wine export, there are 85 wine regions in Spain. Each region has a substantial amount of vineyards growing both red grapes, the most popular of which being Tempranillo, and white grapes with Airen the most popular. Airen is currently the most common grape grown in Spain for wine production, accounting for 24% of grape variety, although most famous wines tend to use a blend of the Tempranillo grape.

Quality wine regions in Spain are referred to as Denominaciones de Origen and each must adhere to strict rules governed by the Consejo Regulador. The three main wine classification categories are:

Rioja
With highly acclaimed D.O.Ca status, Rioja is perhaps one of the best known spanish wine regions. Rioja, situated in Northern Spain by the River Ebro produces 280 – 300 million litres of wine annually, with 90% of wine produced being red. The climate is said to be perfect for wine production as the region is sheltered from the cooling Atlantic and the Mediterranean heat.

In terms of the region’s wineries, the most famous include:

Viña Real
Known as one of Rioja’s first modern wineries, Viña Real is part of the larger CVNE (Compañía Vinícola del Norte del España), or the Northern Spanish Wine Company, founded in 1879 in the town of Haro, Rioja. Viña Real wines were launched in 1920, with the winery opening in 2004, inaugurated by the King of Spain. Decanter magazine recently selected one of Viña Real’s wines to chart in the companies 50 best Rioja red wines – Viña Real Gran Reserva 2009. This ruby red wine starts off mellow gaining powerful hints of coffee, spices, stewed fruit and nuts. The grape variety a blend of 95% Tempranillo and 5% Graciano.

Marqués de Riscal
In contrast, Marqués de Riscal was founded in 1858 making it one of the oldest and largest wineries in the Rioja region. The winery is now home to a hotel with an extraordinary design by Frank O. Gehry lovingly acclaimed ‘the City of Wine’, at the time Marqués de Riscal were not certain Gehry would accept their proposal, so legend has it they offered him a wine from the year of his birth (1929) to sweeten the deal. The Rioja Reserva 2012 Marqués de Riscal is iconic and well known as one the best traditional examples of Rioja. This cherry-red Reserva has notes of ripe dark berries alongside spicy undertones. The finish provides a nod to fine oak from which this excellent example spent two years ageing inside American oak barrels. The grape variety involves Tempranillo, Graciano and Mazuelo, the later two equating for just 10% of the blend.

Lagunilla
Looking at famous Spanish wines, it would be remiss to ignore the work of Felipe Lagunilla. Lagunilla is one of the finest names in Rioja after he was made Comendador by the King of Spain and best known for rescuing Rioja’s vineyards from the Phylloxera crisis. In 1994 The Haciendas Company took over the vineyard from corporate spirits giant Diegeo, since that date some of the regions best Reservas and Crianza have come to fruition. The most astute of these is the Lagunilla The Family Collection Gran Reserva a classic Rioja with rich, aged aromas of raisins, figs, cinnamon and vanilla. The Gran Reserva has a long, smooth finish with a grape blend of 80% Tempranillo and 20% Garnacha.

Ribera Del Duero
Located South-West of Rioja, Ribera Del Duero has been rising up the ranks and even proved a worthy contender against Rioja for the coveted title of Spain’s greatest wine region. Since 1982 the region has exploded on to the scene with 200 wineries over 20,500 hectares located on the infamous ‘Golden Mile’.

The region has proved successful due to its quality sub-soil and the areas phenomenal microclimate of hot days and cold nights, with the cold delaying the budding of the vine. The categories are the same as Rioja from Gran Reserva to Joven. The region originally saw fame as the home of Vega Sicilia, who count Prince Charles a fond customer and are well-known for producing quality reds made from at least 75% Tempranillo grape.

Vega Sicilia
Vega Sicilia is considered Spain’s most prestigious wine estate. The winery covers 1,000 hectares and dates back to the 1860s. Vega Sicilia’s ageing process is one of upmost admiration with a complex system of racking. The most famous wine is the flagship Unico which is thought to be the world’s longest aged red wine; traditionally taking almost 10 years to perfect, normally spending six years in wood and three years in bottle. It is the strict ageing regime and the blend of Tempranillo and Cabernet Sauvignon that gives Unico its quality, oaky, well-defined character. Unico however isn’t produced every year and vintages are not only elusive to find but carry a hefty price tag for the privilege of enjoying one of Spain’s most icon red wines.

Dominio de Pingus
Pingus is known as a cult wine, making it very rare but infamous in equal measure. Estabilshed in 1995, Pingus is another success story for Peter Sisseck and is said to have joined the ranks as one of the world’s most coveted wines making the the original offering Pingus sell in the region of £400+ per bottle. With enticing aromatic aromas, the palate is then treated to dense black fruit; a pairing of flavours and methodic preparation making it one of Spain’s most famous and expensive wines.

Castille-La Mancha
Castille-La Mancha region is a highly regarded region in central Spain which accounts for almost 50% of the total spanish vineyard area with an incredible 473,268 hectares devoted to wine production, producing 100 million litres of wine annually. La Mancha is the largest continuos vine-growing area in the world. The area is said to thrive from the extreme continental climate married with fluctuating temperature and rain levels.

There are eight categories given to DO La Mancha wines ranging from young wines less than nine months old, to categories similar to those of Rioja with Gran Reserva denoting at least two years ageing in oak, followed by three years ageing in bottle.

The region concentrates on 25 grape varieties; 12 white and 13 red grape, with Airen and Tempranillo the most popular used varieties respectively.

Dominio de Valdepusa
Dominio de Valdepusa is recognised as the very first ‘Vino de Pago’ in Spain. Although the winery sits within the DO La Mancha region, the winery is governed by strict DO Pago rules which state that the wines must be produced from estate-grown grapes and also processed and aged on the estate. The estate occupies just 52 hectares, including the original 14 hectares of Cabernet Sauvignon established in 1954. The Dominio de Valdepusa Cabernet Sauvignon is thus regarded as one of the wineries best. Made from 100% Cabernet Sauvignon aged in French Oak for 12-18 months and then a further 22 months ageing in the bottle. Dark purple in colour this full-bodied wine oozes a rich aroma of black cherries with hints of sweet spices, one to sample from this pioneering vineyard.

El Vinculo
Owned by renowned mastermind Alejandro Fernández, famous for Tinto Pesquera and Condado de Haza in Ribera del Duero, this winery located in Campo de Criptana offered Fernández old Tempranillo vines amidst a wash of Airen vines. The El Vinculo Tinto Crianza 2009 shows just how good the wines of La Mancha can be, in typical Fernández-style the wine is unfiltered and made using 100% Tempranillo grapes. The result is a ruby-red wine, with pungent dark berry aromas complemented by tobacco and woodsmoke.

Finca Antigua
Finca Antigua was established in 2003 by brother and sister team Carlos and Pilar Martínez-Bujanda Irribarria. Producing quality wines is very much in the family’s blood, making wine since 1889. A number of grape varieties thrive in this vineyard, which is divided in to 40 plots, but none more so than Cabernet Sauvignon and Tempranillo. It is the Cabernet Sauvignon which steals the limelight for this La Mancha winery, with a bold maroon colour and spicy pairing that adds aromas of cocoa and coconut after 10 months of ageing in American cask. This winery offers the duo a real opportunity to innovate and build on their success of their smooth Cabernet Sauvignon.

Overall, its clear to see why Spain is worthy of the title of the third biggest wine producer in the world, but more importantly that the origins of Spanish wine production are still prevalent today with both traditional and pioneering wine production methods pushing the boundaries. Spanish wine regions are producing wines that are famous not just in Spain but the across the world, whilst three of these are highlighted above there are many more regions producing outstanding wines from Castile Leon, Extremadura and Valencia, not forgetting the infamous Jerez/Sherry region which originally put Spain on the map for fortified wine production. Steeped in history, next time you open your favourite spanish tipple, lets give a big ‘cheers’ to the men and women who make spanish wines not just great, but justifiably world famous. 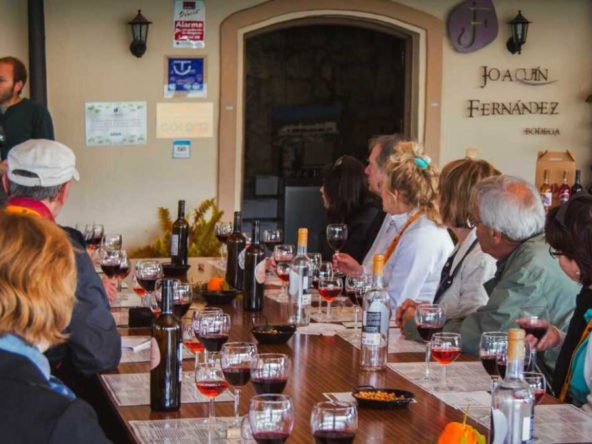 Discover the Andalusian countryside with this Wine Tour of Ronda, known for the quality of their...
Continue reading
by edge