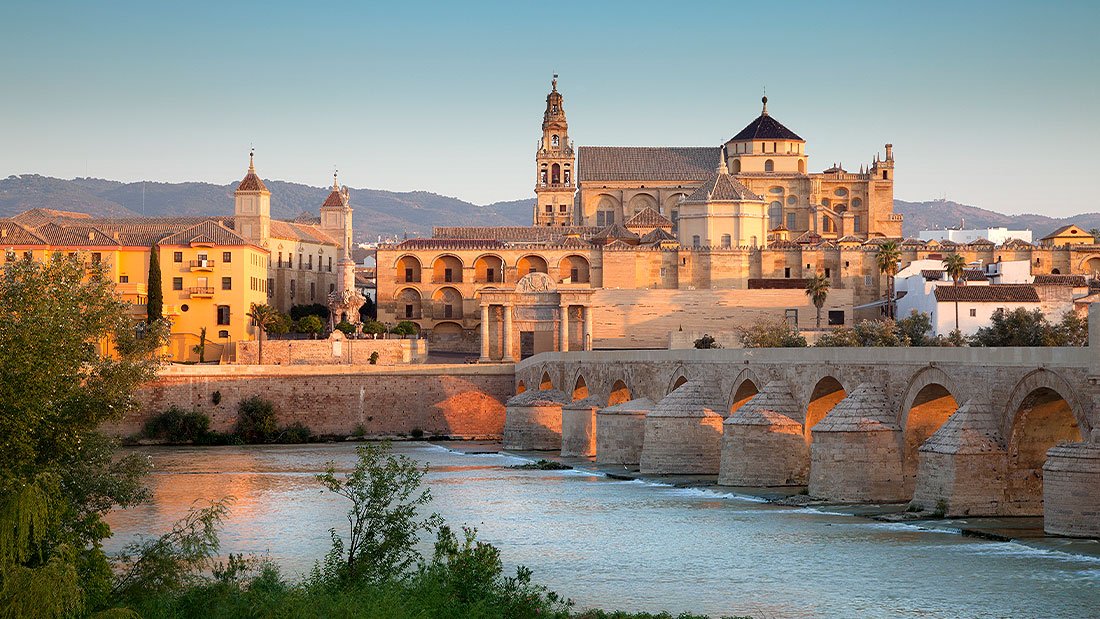 Events
With its beautiful beaches, rugged mountains, and fascinating ancient cities, Andalusia is one of the most popular travel destinations in Europe whatever the time of year. The rich history of the region makes for a wealth of cultural traditions while the stunning landscapes and coastlines draw sun seekers and nature lovers alike. In addition to the permanent attractions which draw millions of international tourists to this fascinating and varied region of Spain, Andalusia hosts an abundance of unmissable festivals, exhibitions, concerts, and parties. From classical music in quiet villages to world class cinema by the beach, traditional festivals to international exhibitions, one of a kind sporting events to family-friendly activities, there truly is something for everyone.

Cadiz Carnival
The year starts with a bang as Carnival is celebrated throughout Andalucia and one of the biggest and best is held in the city of Cadiz. This year the Cadiz Carnival takes place from the 23rd of February until the 5th of March. One of the most famous carnivals in all of Spain, the event, which dates back to the 15th century, is one of the highlights of the calendar in Cadiz. The Cadiz Carnival is influenced by the traditions of the carnival in Venice, Italy as the two cities were close trading partners during the 1500s.

Each year, thousands of visitors descend on the city to soak up the party atmosphere. Alongside the parades, fireworks, comedians, puppet shows, and acrobats that make up the entertainment, costumed revellers dance the days and nights away to the music which fills the city streets. Costumes are essential and more or less anything goes, with those taking part dressed as everything from nuns to ghouls to celebrities and everything in between.

Among the highlights of the Cadiz Carnival are the groups of party goers who perform satirical songs about politics and other topical subjects while dressed in matching costumes. Known as chirigotas, the groups can be made up of professionals, family members or friends, but regardless of their backgrounds and level of professionalism, the chirigotas always put on a fantastic show.

Spanish Motorcycle Grand Prix
For thrill seekers looking for high-speed entertainment of a different kind, the Spanish Motorcycle Grand Prix takes place in Jerez de la Frontera from March 8th to 10th. The MotoGP circuit in Jerez is one one of the most popular in the world, attracting hundreds of thousands of spectators from all over the world to this quintessential stop on the premier class motorcycle grand prix. Boasting two road circuits, top notch facilities, beautiful scenery and almost certain good weather, the circuit in Jerez is the first European stop of the season for the motorcycle tour. Many fans travel from all over Europe on their motorbikes creating a unique and exciting atmosphere for fans of motorcycle racing.

Malaga Film Festival
This year’s Malaga Film Festival takes place from the 17th to 26th of March. Featuring some of the best new features, documentaries, and short films produced in Spain, the festival recognises and promotes the work of Spanish filmmakers. The premier showcase for Spanish film talent to an international audience, festival screenings take place in the beautiful and historic Cervantes theatre in Malaga. The festival has grown beyond film screenings, however, and taking place alongside the many world premiers, are concerts, conferences, exhibitions, and gastronomy weekends.

Semana Santa, Seville
Seville’s biggest festival, Semana Santa, or Holy Week in English, takes place from the 9th to the 16th of April. During this time the streets of Seville are taken over by processions of magnificent antique floats depicting Jesus, the Virgin Mary, and scenes from the Bible. Carried by groups of hooded and cloaked figures, and accompanied by solemn music played on trumpets and drums, the floats can weigh over 2000 kilograms and it is a great honour to be invited to help carry them. Although an ancient Catholic tradition dating back to the middle ages, Semana Santa is culturally important even to many non-religious Spaniards and is as vibrant and popular today as it ever was, bringing up to a million visitors to the city to take part in this fascinating and unique event.

Seville Spring Fair
Only two weeks after the more solemn festivities of Holy Week, Seville is ready to party once again, with the city’s Spring Fair taking place from the 30th of April until the 7th of May. Originating in 1846 as a livestock fair, the Feria de Abril today is one of the most popular events in the city and is a time to eat, dance, drink and socialise. Central to the festival are the hundreds of casetas, colourful party tents set up by groups of friends, families or clubs where, drinking, dancing and socialising take place. In addition to the hundreds of private casetas there are many which are open to the public.

During the Spring Fair locals dress in bright, traditional flamenco clothing. Many locals can be seen parading around the city on horseback or in carriages in their traditional costumes, creating a vibrant and colorful atmosphere that seems to be from another time. For families with children, there is also a fairground with many stalls featuring some of the delicious local food and drink. The Seville Spring Fair also marks the start of the city’s bullfighting season with fights held daily in the in Plaza de Toros.

Starlite Marbella
Starlite Marbella is a one of a kind month long festival of music and culture performed within a stunning open air amphitheater perched above the popular Mediterranean resort of Marbella. Surrounded by towering rock walls, the auditorium is built into the site of a former quarry, making it one of the most unusual outdoor performance venues in Europe. The festival takes place in the open air under the stars just as the name suggests, creating an atmosphere of immersion in nature like no other concert venue. Starlite Marbella has always attracted a long list of world famous musicians including Lionel Richie, Laura Pausini, Ricky Martin, Andrea Bocelli, Julio Iglesias, Tom Jones, Bryan Adams and Tony Bennett to name just a few. This year the hugely popular festival takes place from the 13th of July to the 26th of August and includes performances by stars such as Elton John, Anastacia, and Andrea Bocelli.

Festival of Baroque Music in Zahara de los Atunes
From the 10th to the 12th of August some of the top names in classical music will perform in the uniquely beautiful and intimate setting of the church of Nuestra Señora del Carmen in the seaside village of Zahara de los Atunes. The village of Zahara de los Atunes is famous for its bluefin tuna and Nuestra Señora del Carmen was once used as a blue fin tuna salting warehouse. The church will be the venue for candlelit performances of baroque works by some of the greatest composers of all time by some of the greatest musicians in the world. Alongside the main program, there will be a family concert and children’s workshop, making the event suitable for all ages.

Carreras de Caballos de Sanlucar
The horse races which are held along a stretch of beach in the town of Sanlucar de Barrameda are the oldest in Spain, not to mention amongst the oldest in all of Europe. Thousands of spectators travel to the seaside city of Sanlucar de Barrameda where the races have been held on evenings in August for over 150 years. Thought to derive from a tradition where fish merchants raced each other to market, the race is one of the most unusual sporting events in the world and attracts horse riders from all over. Not just for racing aficionados, the beautiful setting on the beach, fantastic food, and world famous local sherry make the races a one of a kind event which everyone can enjoy. This year the races will take place in two cycles to coincide with the low tides, with the first races held from the 3rd to the 5th of August and the second cycle taking place from the 17th until the 19th,

Land Rover International Polo Tournament, Sotogrande
Another event for equestrian lovers takes place in late summer in Andalucia. Considered to be one of the most important polo competitions in Europe, the Land Rover International Polo Tournament takes place over a month at the Santa Maria Polo Club in Sotogrande from the 27th of July until the 28th of August. The tournament is one of the most prestigious events to take place in Andalucia, with teams from 14 countries competing in about 120 matches. Not only a great sporting event, the tournament at Santa Maria Polo Club is one of the great social events of the year, attracting upwards of 70,000 people. The event is not just about the sport and families and even dogs are welcome to enjoy the concerts, food, parties and kids activities that accompany the event.

Feria de Pedro Romera, Ronda
This festival celebrating the legendary bullfighter, Pedro Romero, takes place in Ronda from the 28th of August to the 3rd of September. Regarded as the home of modern bullfighting, the city of Ronda established the festival of Pedro Romero in 1954 to commemorate his 200th birthday. Since then the festival has also celebrated the painter Francisco de Goya, who was a contemporary of Pedro Romero and even produced a portrait of the bullfighter. The highlight of the festival is the Corrida Goyesca when a procession of horse-drawn carriages carry people dressed in costumes in the style of Goya’s paintings to the bullfight in the two-hundred-year-old Plaza de la Real Maestranza de Caballería in the centre of Ronda. In addition to bullfights, the festival includes entertainment in the form of theatre, musical performances, and flamenco.

Traditional Andalusian horses can be seen on display in horse shows and show jumping competitions while many performances of traditional Andalusian flamenco dancing and bullfights also take place during the festivities. In addition to the more traditional Andalusian entertainment, there are a variety of other activities including motorcycle races, art exhibitions, concerts, and puppet shows. Tours of vineyards and bodegas are also available for those who want to learn more about the sherry-making process.

Not to be missed is the opening ceremony of the Pisa de la Uva, or stomping of the grapes. After the grapes have been blessed by a priest and laid out in baskets, a choir and brass band perform while the queen of the fiesta and her maids, dressed in traditional clothing, throw the grapes into a wine press where men in white shorts and special studded mashing shoes begin to crush the grapes. The ceremony ends with an explosion of fireworks and so begin over two weeks of celebrations. 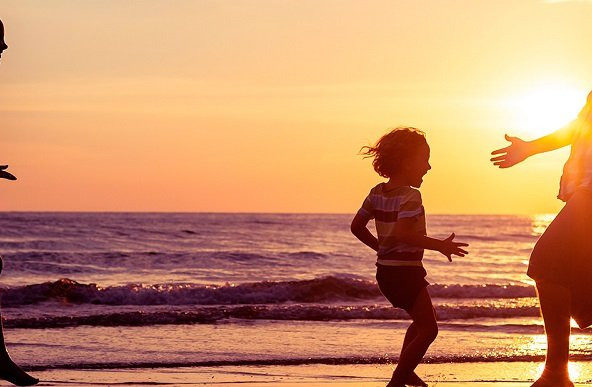 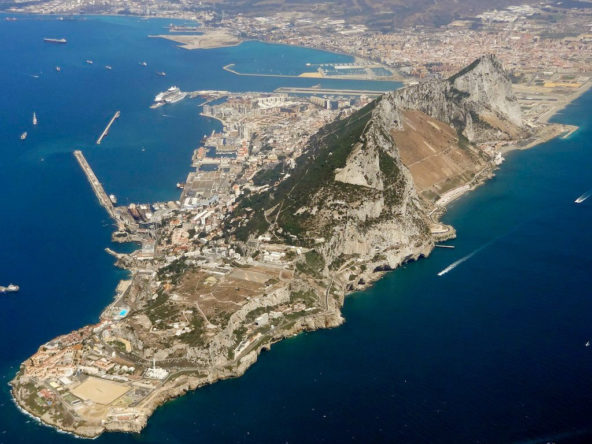 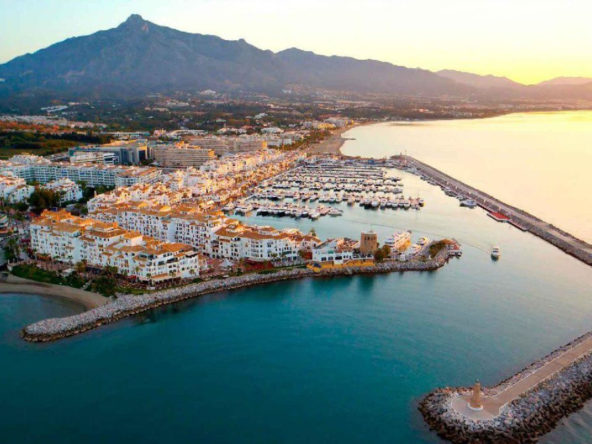